Tales from the Road: Genoa- where pesto and seafood rule

Genoa: not your father’s salami 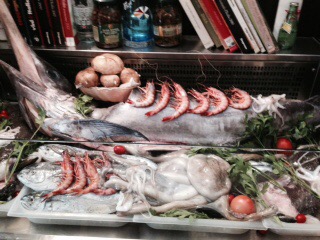 Arriving in Genoa at night, our first impression of this maritime city was “what a dump.” Every cliche of seedy harbors sprung to mind with visions of whores, hustlers, homeless, heroin and hookahs. We loved our historic Hotel Continental Genoa with its  antique glass elevator but we weren’t sure we’d want to wander the city’s dark corridors.

Instead, we decided to grab a train to Cinque Terre in the morning and get the hell out of Dodge.

A two hour train ride the next day took us to the seaside village of Monterosso. It looked good to me but we were on a mission to hike the trail to the next town of Vernazza which was arguably (online) the prettiest postcard of the five towns.

So we climbed the trail and pretty much kept climbing for two blazing hours. I’m pretty fit but 20 minutes in and my heart was pounding. The trail is a narrow ridge along the cliffs facing the sea. It’s mostly natural stairs with just a few flat areas. Almost at my respiratory limits, we spied a leanto with an entrepreneurial fellow inside selling freshly made lemonade for just one Euro. It was not a mirage, it was a miracle! Best lemonade ever.

We resumed the climb. Two sweaty hours after we left Monterosso we climbed down into Vernazza. The photographic views as we descended were not lived up to when we actually hit the main– and only– drag. It was crammed with trinket and pizza shops. We rehydrated and refueled at one of them, took a few pix of the town and their minuscule beach and took the next train back to Monterosso.

We rested our tired feet in the warm Mediterranean waters and just chilled for a bit. Then, a seaside seafood pasta dinner at sunset and back onto the train for our two hour ride back.

Today, we figured we’d see what Genoa had to offer but we didn’t have great expectations.

We were in for a big surprise. Or surprises. The old harbor is lively by day with historic vessels and modern boats alike. The port is actually new as it was designed by architect Renzo Piano, a native son. There are also interesting museums and historic sites strewn like confetti throughout the city.

Our lunch at Eataly at the harbor was traditional Pesto Genovese with beans and potatoes. If we could have licked the plate we would have! Pesto Genovese is the local sauce of choice. Also fresh caught fish and seafood of every variety from tender baby octopus to clams, mussels, sea bass and more. This pescaterian is now revelling in her food Nirvana.

After lunch, we explored the old town which is a UNESCO cultural site. Impressive, historic churches, piazzas and cultural buildings everywhere you look. The church of San Lorenzo is the most spectacular I’ve seen this trip with its patterns of grey, black and white stonework.

And then we turned onto Via Garibaldi which is the street of palazzos–the palaces of the early city’s rich and connected. We wandered past one over-the-top Italianate, Renaissance and Baroque building after another. Our cameras were breathing hard from their work out!

And now, after five hours of exploration, we lie legs up against the bedpost in our room as I write this post and A. figures out which wonderful Ligurian seafood/pasta palace we will dine at tonight.

By the way Christopher Columbus is another native son of Genoa and his statue presides in the piazza right outside our window. Certainly a fitting image for a city built for exploration, 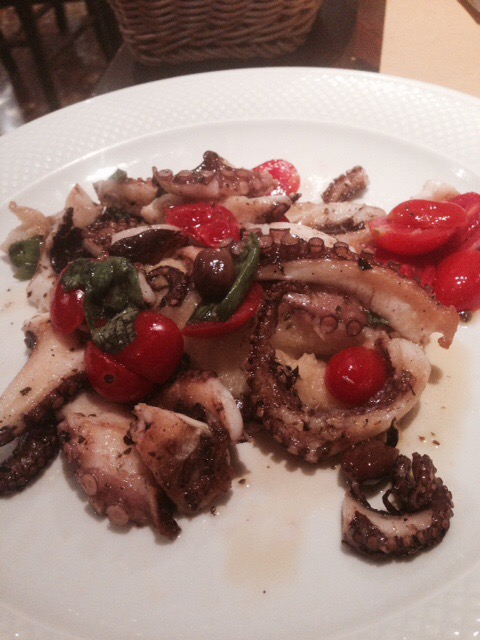 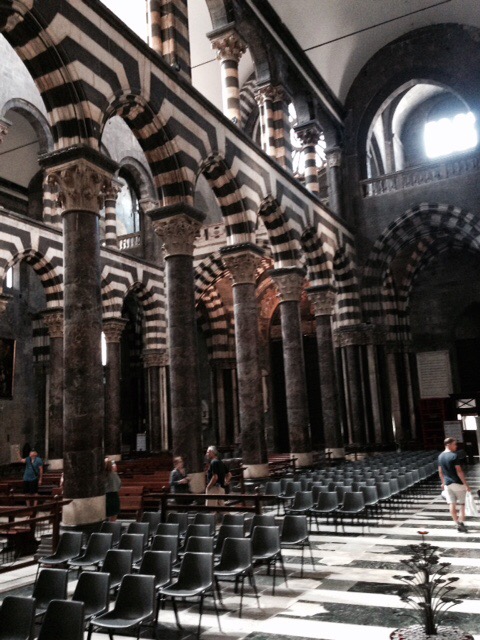 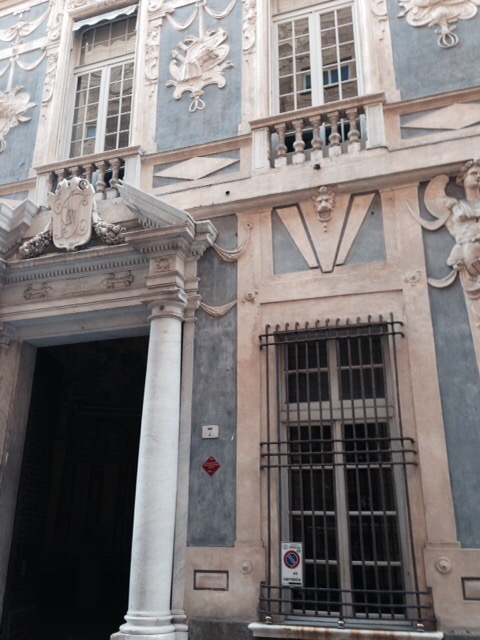 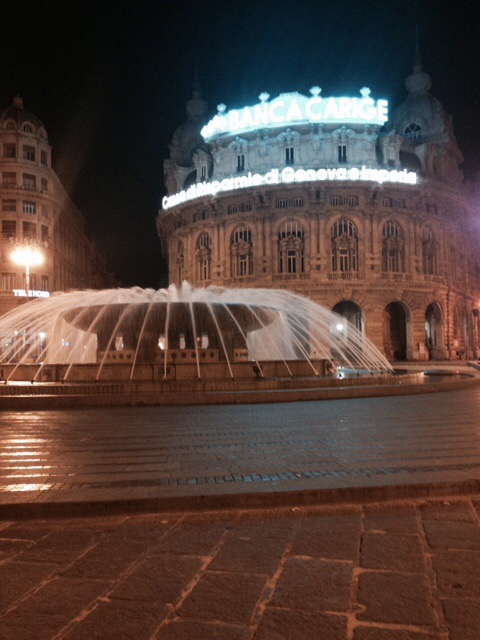